How to Make Your Readers Think 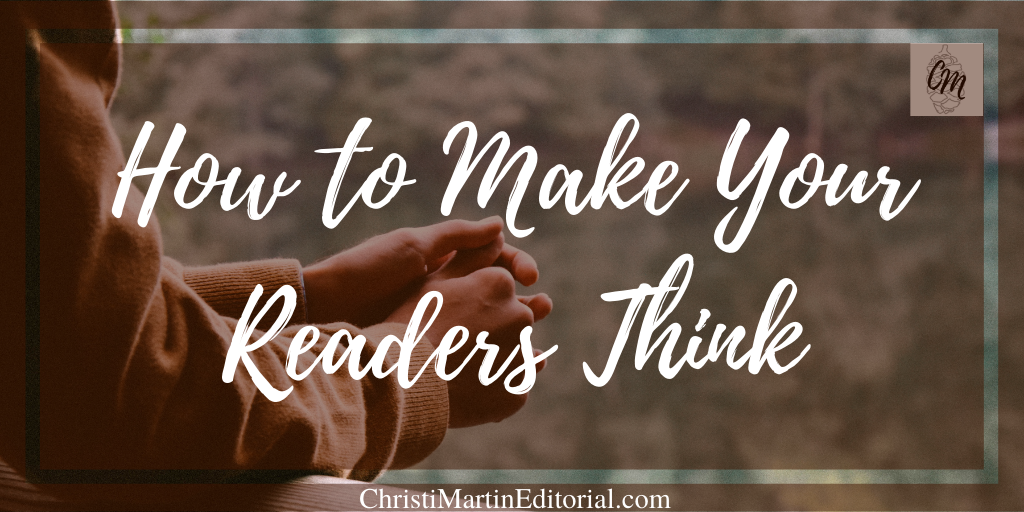 If you survived English or literature classes in school, you’ve probably heard the term “critical reading.” Teachers want students to learn how to engage intellectually with the text they are reading, not just passively absorb it.

Critical reading involves questioning a way of thought (whether someone else’s or your own), recognizing contradictions, and following foreign rationales.

If you’re nerdy like me, you probably loved this aspect of assigned reading. While some people read to have their emotions tugged, I read primarily to have my thought patterns and beliefs challenged and grown.

If you want to promote critical thinking for your readers, here are three ways to do it: ask open-ended questions, walk a character or two through a crisis of belief to a resolution (or use an anecdote), and show relationships between characters or people with beliefs that contradict.


Open-ended questions are designed to provoke thought and help the reader internalize the character’s experiences. Be careful, though. When readers can easily guess the author’s intent behind the question, it may pull those who disagree out of the story and cause them to feel preached at. When a question is asked in the wrong place, it can also confuse rather than inspire.

To ask great questions, you must:


If you don’t know what you mean, your reader won’t either! Have at least one or two goals in mind with each question you ask. What will your question accomplish? Do you want to lead the reader to a false assumption (red herring)? To help them realize something your characters are also realizing? To encourage them to think about how the question applies to their own life? Whatever the intent, make sure it’s clear in your own mind before you sit down to write the scene or section.

3. Use Language that Connects with Your Target Reader


Once you understand the goal and have planned the timing of your questions, you’re ready to write. While you do, keep your target reader in mind and use words, phrases, and metaphors that the reader would connect with intellectually and emotionally when you ask these questions.
A final thought—gathering reader feedback on how well you answer (or don’t answer) your questions is critically important for improving your book and improving as a writer.


Show a Character’s Crisis of Belief and Resolution

Here are a few examples of a positive-change crisis of belief in popular books and media:


• Zuko’s attempts to gain his father’s approval in seasons two and three of Avatar: The Last Airbender,
• Sazed’s belief about religious truth in Brandon Sanderson’s The Hero of Ages,
• Angel’s doubt about her own worthiness and relationship with God in Francine Rivers’s Redeeming Love,
• Luke’s temptation to cross to the dark side in Star Wars: Return of the Jedi.

Here are a few examples of a negative-change crisis of belief in popular books and media:


• Kote/Kvothe’s fall from hero to innkeeper in The Kingkiller Chronicles,
• Hamlet’s spiral and demise in Shakespeare’s play by the same name,
• Jonah’s run from God and unrepentant anger toward the people of Nineveh in the Bible,
• Anakin’s fall to the dark side in Star Wars: Revenge of the Sith.

In arcs like these, instead of telling the reader what to believe, you are walking them through an example of how someone grew to reject certain beliefs they now view as false and accept new ones they believe to be truer.

Difficulty and doubt is part of the human experience, and showing readers characters and people handling a crisis (whether for good or ill) can help them reflect on and think critically about similar events in their own lives.

For more help with your character arcs, check out this Writing Excuses podcast episode.


People naturally pad their social groups with people like them, people who share similar beliefs. In the age of overwhelming information, we voluntarily filter voices that don’t agree with ours sometimes simply to cope with information overload, and sometimes because we don’t want to put forth the energy to engage with real people and would rather believe the caricatures. I’m guilty of that too.

But all of us also live and work in a greater society that has a ton of different perspectives, and displaying this diversity in your work through character relationships (both in conflict and harmony) is one of the most effective ways to promote critical thinking and inject the spirit of Philippians 2:3 into your work. 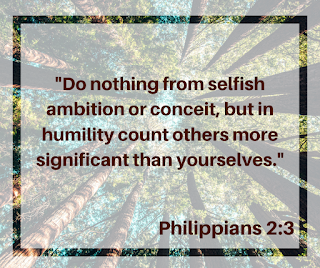 If you need some help writing culturally diverse characters well, check out this article by author and blogger Rae Elliott.

What other suggestions do you have for writers who want to make their readers think?